Zero-Eq is an an Italian project active since 2004 in the genre of synthpop , electropop and Electrowave . Founded in 2003 by Phenix (Andrea ) and IO (Gianluca ), they began with a full (and unreleased) album, “Greatest Hits 2003/2004”,  from which has been extracted “Toy Box”, whose remix (by DJ CROW) has been published on the compilation “Dance Family vol.1 ” from Antibes Music. In the late 2010 Zero-Eq released “Violence (Proto version)”, a song used as filler for Myspace makeover, on the compilation” Coast2Coast” , which is connected to the homonymous journal published in Portland (USA). In 2011 the EP “Bugged Karma” got major acclaim overseas. The Canadian portal “Indiesolo.com” named them band of the day in the month of July and the song “Violence (Proto Version)” has been the most downloaded song of the site for two consecutive years. Zero-Eq also got in the top 20 – Alternative Site U.S. “Indiecharts.com” and some college radio, especially Canadians, transmitted the song ” Crazy for the Radio”.

In January 2012, the album “Bugged Karma”, which sees a decisive turn towards a synthpop more aggressive than earlier works, is published through the program “VIP Series”  from the U.S. label  A Different Drum, and got rave reviews in the United States and Russia. The songs has been loaded from all around the world on Youtube by fans from all countries. Also in 2012 they released the song “Halloween Inside”, with whom Zero-Eq represented Italy in the competition “Global Rockstar ” after winning the national rankings and wich has finally reached the 17h global position.

In the early 2013 began the live activity of the Zero – Eq, after Tyler (Emiliano) officially joined the band. Within a few months Zero-Eq played in the most important clubs in Rome and also during a live Radio shows. Throughout the course of their career alongside the Zero – Eq activity, Phenix and IO worked as arrangers of all kinds of music, with excellent results and international awards.

The band: PHENIX (Andrea Di Nunzio) – Multi-instrumentalist and producer , comes from Orfen Band with whom he won the “Rock TV Contest” and has participated in the final selection of Sanremo Giovani for two consecutive years. Extraordinary bassist with funky influences, in Eq-Zero plays the guitar live and deal with the mix and the mastering of the tracks . Active as a session musician and live in studio. IO (Gianluca Lucarelli ) – Writer, poet and philosopher, comes from a grounge-oriented background and was guitarist / composer for several bands and has also written lyrics for various artists (He’s the autor of  the lyrics of ” I Still Believe ” by Emma King, used as official soundtrack during Beijing Olympics opening event in 2008). Zero-Eq’s lead vocalist, as well as author of all lyrics and vocal melodies, he also dealt with the arrangement and co- worked on the mix and the mastering of the tracks. TYLER (Emilano Serracchiani) – Bassist , guitarist and composer, Tyler comes from the Rome historical band ” Neoism ” of which he was a singer, guitarist and composer. Active on stage for more than ten years, Tyler joined the band in summer of 2013, bringing his talent in the composition of the new EP  “The Fall”. 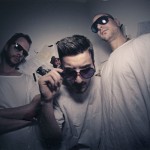 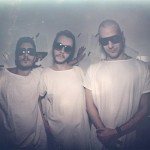 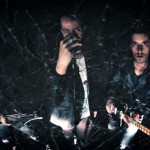 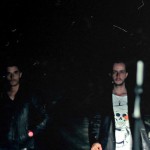