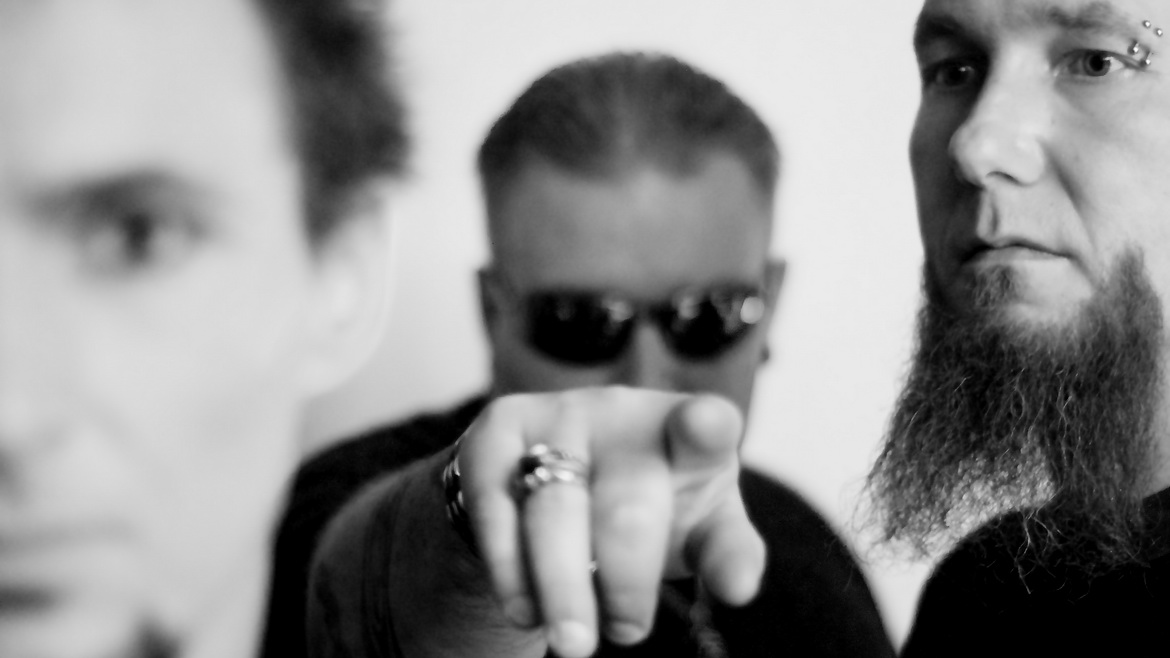 It all started in 1994, with three guys from a small place outside Fredrikstad, Norway. They formed a band with the name Spektralized. Soon, after the first demo, they started to get request for playing live. They did play some shows in the south of Norway with a good response.
Late 1994 they released a cassette tape in 100 limited copies named Genetic. The cassette was sold out in three weeks and it even made it to a review in the biggest newspaper in the state of Østfold, Norway.

The band played a lot of concerts during the next 3 years and got more and more successful in their home country but some times success isn’t enough. Due to some disagreements, things just didn’t workout between the boys, so in 1997 the band decided to split up. Richard Bjorklund decided that he wanted to continue making music, so he took the name Spektralized with him and started working on his own material.

Richard got started, and very soon it was possible to hear the first Spektralized track on a compilation. Tatra records released a compilation, named Sex, Goth and Electronic and Spektralized was represented through the song “Truth”, a track produced by Stephan L. Groth in Apoptygma Berzerk. The track reached a crowd all over the world and is still played by DJs in most clubs. In the beginning of 2000 the promo CD “Love may be blind” was ready to be released, but due to an error burned on the CD, the band decided to stop the whole process.

After this Richard took a break from everything to get new ideas and more energy. Shortly after new songs and news ideas where created. Soon, after the break, Spektralized where on their first tour with Icon of coil (no). Soon after this, Hard: Drive record company signed Spektralized to their label.

Sebastian R. Komor came along as the producer for the next album and in short time the album “Elements of Truth” and the single “Allied” saw the day of light, this was in late 2002.  Already in January 2003 Spektralized went on tour with both Assemblage 23 and Icon of coil, with a very good response. As the music industry started to go down due to download issues etc, Hard: Drive let Accession Records (Germany) take over the contract with Spektralized. Accession made a European release of “Elements of truth”. Soon after that Spektralized where on tour with Diary of Dreams, Lights of Euphoria and Psyche witch also was a great success.

Europe started noticing Spektralized. Spektralized played festivals in Poland, Sweden and in Norway and managed to establish a huge following, based on their good music and their good live shows. Spektralized used a long time in the studio and in the office to make new plans for the future. The first step for this was already possible to hear. “Capture the moment” was the second album from Spektralized, released by Accession records and was out in the record shops already in April / May 2006. Capture the moment has done great success so far, It actually made it all the way to the top five list for best album at the Scandinavian alternative music awards 2007 along whit bands such as Covenant and Apoptygma Berzerk.

After the great success of their two first releases, Spektralized went back in to the studio to develop their skills. They have worked hard developing their producing and remixing skills, to be able to get more jobs and promote their artist name more effectively.

In mars 2011 they released their third album The Puzzle, this time without the help of a record label, since Spektralized decided to leave Accession Records in late 2010. The Puzzle became a success as well, with amazingly good sales, even if the band only did some small promotion through social media on the internet and signed the release to a internet publishing firm to help them get their album out to the download shops on the net.

Now Spektralized has decided to release “My Needs” Multi EP, as an extra release between The Puzzle and their next album. The release is meant to be a special release for the fans, which is basically based upon one of their most successful tracks from their first album Elements of Truth.

The Multi EP will contain some amazing My Needs remixes and well chosen remixes of other goodies from their earlier releases.

Follow Spektralized as they yet again amaze the crowd in the Electronic Scene with their perfect twist of the future Electronic pop music.

After a bunch of stall moments and a few hit tracks, one year later  the long awaited new album “In Between The Opposite” has finally seen the light of day … it’s been worth the wait.