Public Domain Resource is back with their latest album, “Six Years”. And, what they have come striking back with is a much improved package that overcomes some problems from their previous release, “Dead Surface”. For once, each one of the songs are equally listenable and there is enough on this plate to serve out a three course meal and dessert. From the start with ‘White Cloud’, which shows off PDR’s exceptional skill in utilizing IDM mechanics for a lovely intro, till the ending track ‘Bombs Instead of Songs’, you’ll be in for a good show.

Again, variation is key to this album’s success; not one song that follows the previous sounds too similar. This ensures a good mix of tracks that go from the synth blasted ‘Kill Rolf, Kill !’, to the fun and fast paced ‘Our Widows’.

What also allows the album to succeed is the different styles of vocals used mixed with samples from various movies and the like. For example, ‘Das Boot’ packs in digital like vocals, while ‘The Sergeant and the Snow’ moves in for more clean vocals, and songs such as ‘Cold Lightning’ mixes distortion and digital chords alike.

With fourteen tracks running for a total of 71 minutes, it’s good on this Italian duo that they were able to compose an album that is able to keep my attention for that long. It’s a much improved step from their previous album, and I’m eager to see where they’ll be heading next. 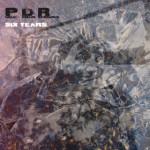