The almost casual artistic meeting of two brilliant musicians gave rise to something simply spectacular in the electro hyperspace. A special partnership based on mutual esteem and admiration, that between the Italian Christian Ryder from TourdeForce and the Swedish Johan Hansson, protagonist of the projects We The North and Unitary, represents today an event of great resonance. “Split” is the title of an EP born under the best auspices, a release in which the classic electro-synthpop elements of Johan called ‘nordic noir’ and the amazing electro-wave, synthpopish intuitions of Christian, superbly alternate in a sequence of seven incredibly melodic and danceable tracks.

The sound configuration of “Split” spreads sensations beyond the unimaginable, in a whirlwind of seductive vocals, futuristic harmonies and captivating rhythms that the listener will love endlessly. The perfect musical concordance is possible: We The North and TourdeForce have shown it without compromise, interacting with each other impeccably, with the sole intent to offer a constant level of entertainment. Two unmistakable electro styles intertwine, succeeding them in first class performances that will surprise you with their attractiveness.

The temptation to listen and possess this masterpiece is unstoppable! It’s useless to resist. 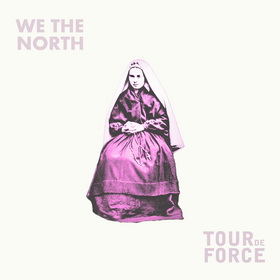