Sense of historical perspective and disenchanted irony, together with experience, taste and compositional inspiration are the instruments NTC skilfully uses to reach its aesthetic aim. The project’s meaning, strength and identity consist exactly in the right balance between past and present, memory and topicality, idea and form, rationalism and passion, generosity and cynicism.

Their album Reformation was released on 9 November 2012. The sound of Reformation leads to a hypothetical juncture between 80s and 90s: post punk and break beat, Joy Division and Massive Attack, but also Nico, Scorn and Andrea Parker. Down tempo and metallic echoes, swallowed by obscure depths, dominate the scene. White dub for a new urban age, shaked to its foundations by abyssal basses. Elena and Gianluca’s voices form an alliance to tell stories of fall and redemption, desolation and pride, fear and passion. Fabrizio’s guitar weaves textures, sometimes solid as cement, sometimes impalpable as mist.

This album clearly signals a need for aesthetic reformulation and for substantial renewal. An invitation to look ahead, without forgetting the past, be it distant or recent. Therefore, the first amendment of this reformist decalogue seems to state: nothing will be the same again, because our only real certainty is change. A possible cure for these times of crisis?

Unfaithful Believers is the album that in 2014 will delight fans by a sonic repertoire full of sound alienating , pale, supported mainly by skeletal scans of drum machines, from expansions dark-ambient noises, by the reverberating arpeggios performed by Fabrizio Biscontri and by the significant vocal expressions sung by the two protagonists.

Evocative harmonies, lyrics of great effect, aesthetic and brave experimentalism add charm to the structures of the ten songs included in the tracklist, reserved for a mature audience and for anyone who wants to explore the new horizons of the technologic sound.

NTC play the requiem for the last days of the consumer society. Listen to (not) believe. 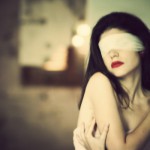 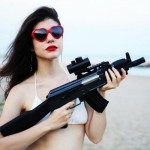 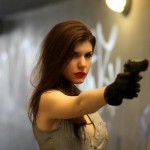