Lost Reality is a project which dates back to 1996 and has undergone a radical evolution over time. The style of music performed by the group nowadays is an Electro / Darkwave / alternative genre.

In 1999, the group was contacted by an American record label based in Rome and proposed that the group put one of their productions on a compilation CD linked to the well known magazine PSYCHO, which would feature tracks from the best up and coming groups in Italy.

The track which appeared on the compilation CD was “Veil of the martyr” and was released all over Italy selling 10,000 copies. On 30th June 2001, the group performed “Nothing I am” live on the I-Tim tour in Reggio Calabria in front of 40,000 spectators.

The entire concert was broadcast live via satellite on Stream T.V. At the end of the performance, the group was awarded first place. Along with 30 of the best Italian bands (out of over 5,000 participants) the group went through to the national final in Palermo.

In September 2001, the group performed live once, playing “Mean Place” in the national final of the I-Tim tour. Since March 2002, the promo CD containing the songs “The White Wall”, “If this is Heaven”, “Mean Place” and “Nothing I am” has been available.

In May 2002 the band finished second in the Diesel-U-Music competition (organised by the Diesel multinational).
In June 2002, the band took part once again in the I-Tim tour held in Matera and once again the group got to the final selection where they finished in second place with the new song “Poison Kiss”.

On 17th September 2002, the noted radio station, Radio ROCK FM from Milan dedicated the space, “Demolition”, to the band and also interviewed the band live on the airwaves. On 25th October 2002, RAI Radio Uno broadcast “Mean Place”, taken from the 2002 CD Promo.

On 19th July 2003, confirmation of the group’s steady rise to prominence was clearly demonstrated when they won the Catanzaro stage of the I-Tim tour with their new song “Perfect Passion”. This victory enables the group to participate in the national final which will be held in Piazza Duomo in Milan on 4th, 5th and 6th September.

The band will also be appearing on the following music shows: Database, Salaprove, Rock TV Tour, Rock TV Night and Rock TV’s, On The Road .

In april 2004, Lost Reality performed at Rock TV TOUR, the tour of the 27 best italian underground bands! That concert will be broadcast via Satellite on Rock TV.

On 31/07/04 the band won the regional final of the I-Tim tour held in Reggio Calabria. This enabled the group to take part in the national final of the competition which was held in Piazza Duomo in Milan and also appear on Rock TV programmes Database, Salaprove, Rock TV Tour, Rock TV Night and On The Road.

On 17th December of the same year (2004), the band was once again guest for Rock TV’s Database programme.
On 14th May 2005 the band took part in (for the second year running) the Rock TV Tour held at the Velvet in Rimini along with Litfiba, Manbassa and Miura.

In December 2005, the band played as supporting act for Dutch group Clan of Xymox (one of the most important Dark icons in the world) during their series of concerts in Italy.
In 2006, the band reached a management and promotion agreement with Alkemist Fanatix Europe.

In the immediate aftermath, the band signed a record deal with an English record label, UK Division Europe which provides for the release of their debut album, “What Remains”, in the early months of 2007. The album has been distributed in 26 countries by Plastic Head Music Distribution Ltd.

Among the concerts done by Lost Reality over the years, the most noteworthy was when the band played alongside Clan of Xymox, Richie Kotzen (ex Mr.Big) and the cream of Italian artists (Litfiba, Negramaro, Eiffel 65 etc.). The band has taken part and won some major Italian music competitions and has been guests on important Italian television shows. The videoclip “Erase” is being broadcast on All Music Television and Rock Television.

The single Discoboy was voted one of the best songs (out of over 1200) in a competition organised by Universal Music Italy. 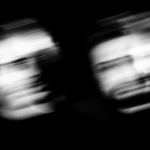 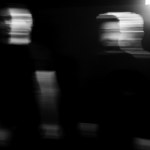 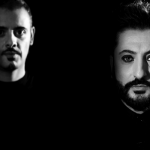