KLONAVENUS was born in Rome during 2005, after the meeting of Saffio (music & programming) and Paolo Chemnitz (vocals & lyrics). After two acclaimed demos, Klonavenus signed a contract with The Fossil Dungeon (an american digital music label) and released “Metropolights” during 2007.

This EP was ‘top demo’ on Ritual Magazine, the most important magazine in Italy about goth & industrial music. One year later the band released a compilation of unreleased tracks, appeared on a lot of compilations and during 2010 they were back again with a new single, “The Loser” (also remixed by Dismantled, Autodafeh and Ginger Snap5) and with an official videoclip produced and directed by Saffio. At the same time, Klonavenus played live supporting bands like Clan Of Xymox, Din [A] Tod, Spetsnaz, Ad:Key, Container 90, Gothika, Krisma and more.

On december 2011 Klonavenus were back on stage supporting Colony 5 and Restricted Area. In the meanwhile, the song “Your Wintertime” appeared on the russian compilation “Rock Oracle Magazine” and Klonavenus also made an official remix for the mexican electro project Red Industrie. Their music may be defined as a catchy mix between synthpop and electro-goth.

Their first album KlonaWelt it was released on December 7, 2012. After the great resonance obtained in 2012, the duo returns with Angst a perfect work in which the sonic technology joins the pure energy, generating spectacular modulations that constitute one of the last frontiers of electronic avantgarde. 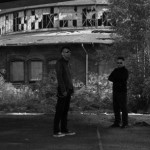 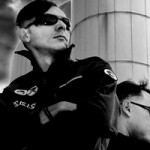 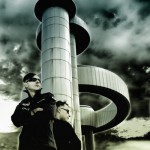 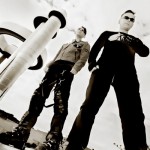 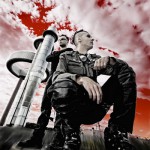 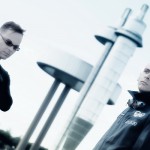