Since the release of the first demo-CD “Deep Pink Water” there are only five years passed. Now Gimme Shelter puts the first official album titled “Warnemünde” out to public. The work contains twelve catchy songs and could remind many listeners to the music of the heroes of Depeche Mode. But there are still modern aspects. Various Genres served on the album: “Wenn du mich berührst” is safe for supporters of the Electronic Body Music (EBM), while slower songs like “Die Wiege” or “It Makes No Sound” many And-One-fans will love them. Even faster pop songs à la camouflage as “Homerun”, “Lead Me On” or “Every” (already on the Orkus Compilation 61 published) can be found on the album. The Synthpop of Gimme Shelter degenerates so far in known productions monotony of the scene, but attempts to cross-border music scene intervene (see also Zillo 09/2013).

Gimme Shelter is a band from Leipzig by Robert Grolms (vocals, songwriting) and Niko Kötzsch (music, production). Several concerts, including the legendary Wave-Gotik-Treffen in 2010 and as the opening act of the Swedish Synthipopband Elegant Machinery, the band could been denied. In addition, we know the two heads of the band also from various other musical projects. So Niko Kötzsch hired as well as in industrial band 1979. He also created many already remixes (e.g. for Haujobb, Seabound, Minerve, Halo Effect). Robert Grolms is also singer and pianist at Acoustic Mode, a Depeche Mode coverband. He also lends his voice to the rock project Suspicious Ones. The current production was, inter alia, in Leipzig, Munich, Frankfurt/Main and Weilheim in Oberbayern added. The band was supported here by none other than Daniel Myer (Architect, Haujobb, formerly collaborated on Covenant, already intensively with Alan Wilder) . The release date is in january of 2015 on the label Space Race Records / EKP.

Thematically treat the songs of Gimme Shelter especially interpersonal relationships, characterized by love and pain. But social criticism blue notes (e.g. as in the songs “Fernsehstar” and “Volk 3”). As a foretaste of the album the band has released a maxi on 31/12/2013 to the song “Von Grün Zu Schwarz” with various remixes and two bonus tracks (“Der Blinde an der Mauer” and “Casablanca”) can be found, which are not included on “Warnemünde”. The Maxi can be downloaded on the Facebook page of the band. In the current “Battle Of The Bands” contest of the german magazine Sonic Seducer Gimme Shelter occupied with their Song “Homerun” among the 31 participating bands # 4! An official video for the song can be considered on youtube. In May, the band performed at the opening act for Enter & Fall and was on 09/06/2014 again under the Wave-Gotik-Treffen live to see. On 03.10.2014 the band played at the 28th SLT in Leipzig as support for Torul live. 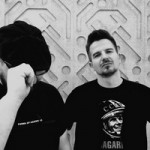 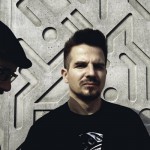 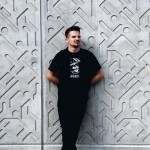 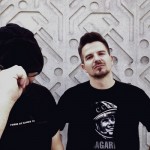 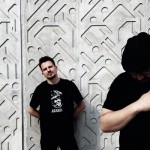