Published by Alessandro Violante on March 14, 2016

One in a thousand succeeds in doing it! Dioxide‘s debut, Specular Mirrors, is an interesting clearly IDM / braindance album and is the product of a new italian act formed by the well known musicians Andrew Lagowski and Andrea Bellucci, that here widely demonstrate how the intelligent electronic music matter isn’t only an English and German monopoly, but how it could flourish in our country (Italy) too, and Space Race Records, EK Product‘s sublabel, has understood their potential, releasing it on 5th february.

Although this album is their first release with this monicker, the musicians are already masters of rarefied atmospheres and lopsided, as well as syncopathed, rhythms (already active with important projects such as Red Sector A and S.E.T.I), a mastery clearly demonstrated in these eight compositions. Although, if not listened carefully, this work could seem particularly monolithic (in particular if we think about the rhythms used), after having carefully listened to it, it reveals important details that contribute in better defining the single compositions of an album that asks the listener to be listened in its entirety.

Specular Mirrors (which artwork was realized by Moreno Padoan / Xonar Records) is a strongly cerebral album in which any rhythmic construction and any sound (plus the relation between them) are mathematically perfect, not leaving anything to chance and creating everything but purely physical music, although the ending song Segments of life, perfect ending of a work that initially presents very dark tones (as in No hidden places), then proceeding towards the ambient Crystal device (mathematically perfect in its fragility and fragile like a crystal) and towards the reflexive and surreal titletrack, try to focus on a less cerebral approach, closer to essai techno, but this is not their standard approach. Rapidly, the album starts once again to focus on tarantulated intelligent rhythms that pay their tribute to the English IDM sound.

However, a certain heaviness can be heard in some dull No hidden places‘s rhythms and in the Systro 1.0‘s cyber-dystopia, one of the best album’s songs, immune carrier of definitely estranging atmospheres, but, however, they are two rare examples. One of the best Specular Mirrors’s songs, as well as one of the more particular, is Biogenesi, a song that starts with an ambient mood and that, later on, develops itself paying a tribute to certain early goa (and this also happens, even if in a less clear way, in Segments of life), using synthetic sounds close to some Juno Reactor‘s songs, but also, in the ending dark atmospheres, paying a less direct tribute to certain early electro-industrial music, in a song that grows little by little and that leaves the listener definitely satisfied.

Among the more particular, as well as dissonant (if we think about the album’s mood), episodes, there’s the estranging and spiritual titletrack‘s ambient that evokes spectral and abandoned mountain landscapes, and this impression is confirmed by a cover artwork that shows, in some way, its graphic transposition. Not all this album’s songs convince the listener in the same way, as sometimes that “plus” that allows them to be recorded in the listener mind seems to be absent (but this is not so difficult in braindance music), but, however, we listen to music enjoyable by excellent ears, the result of the work and of the masterful experience of well known experienced musicians, that keep an eye on every little aspect of their music.

Specular Mirrors is a very good start for Dioxide, and their work will certainly be appreciated outside of Italy, or, however, this is what we strongly wish them! 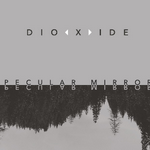