2nd Civilization started off in the late 80’s as a hobby project: a couple of guys jamming together on their first drum computers and synthesizers. Influenced by Kraftwerk, DAF, Front 242 and others, some demo tapes were released, to great (local) critical acclaim.

In 1991, a full album was recorded in a professional 32-track studio. The album, called “Report”, was only released on cassette. Soon after this, the 2nd Civilization project was disbanded.

“Report from the Dark” was released by EK mid-2012 and sold several hundred copies. Its mixture of futurepop and EBM was very well received by press and fans alike.

In 2014 2nd Civilization released the follow-up album called “Let’s Play”, featuring 12 brand new songs. The album showed a lot of progress, both sonically and stylistically; songs like “Walk it Off” and “The Crash” have quickly become cult hits on underground parties.

The band is now busy working through a well-filled agenda for live performances, to much critical acclaim. 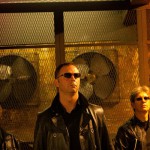 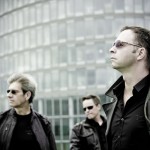 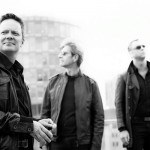