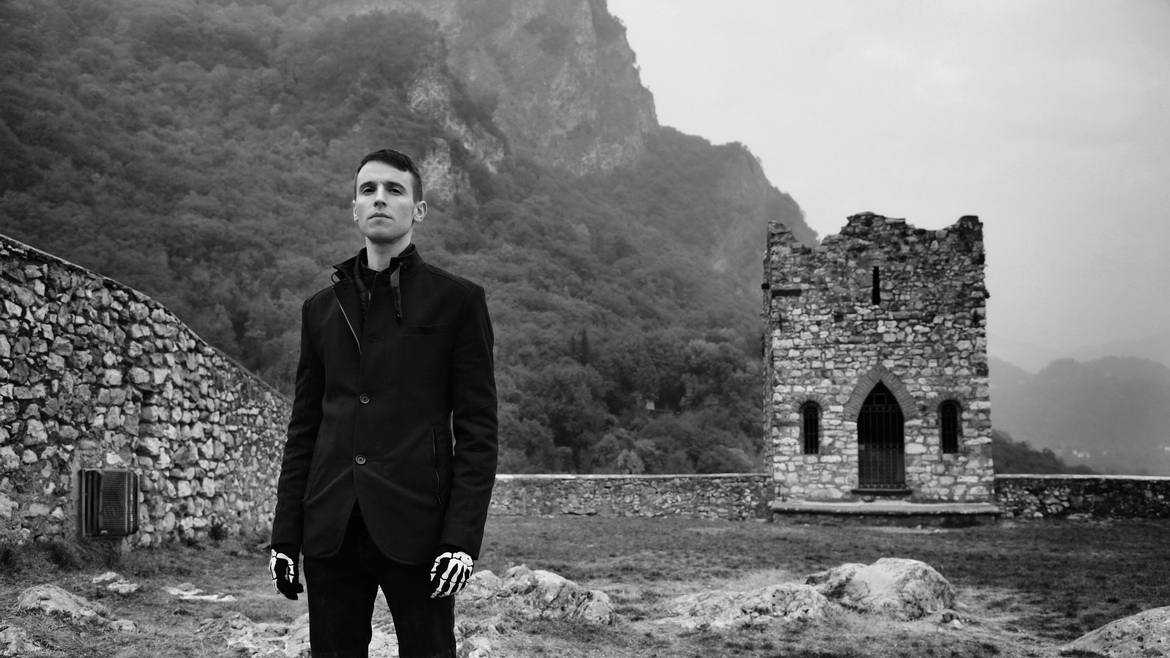 TourdeForce (Christian Ryder) is an electronic music project founded in Bergamo – Northern Italy, in the year 2004. Sure that the use of technology and electronic devices in music does not imply a lack of creativity or absence of feelings in music, TourdeForce communicates the suffering in the West progressive decadence, the loss of tragic sentiment, love and the dark side of love: music as expression of inner-space and introspection, with an impressive nuance from literature, sociology, psychology, history and cinema.”
Omnes Feriunt, Ultima Necat” (2007) is TourdeForce first LP, self-produced, out of stock.”Colours in Life” (2010) has been described by public press as a really original work into the saturated electronic alternative scene.
Concerning live shows TourdeForce shared the stage with Babylonia, Covenant, Client, Ronan Harris (VNV Nation / Modcom), Frozen Plasma, Ottodix, Levinhurst and A Place to Bury Strangers.
In september 2014 the controversial new album “Jedem Das Seine” has been released in digipak format by Space Race Records, parent-label of EK Product.
Share