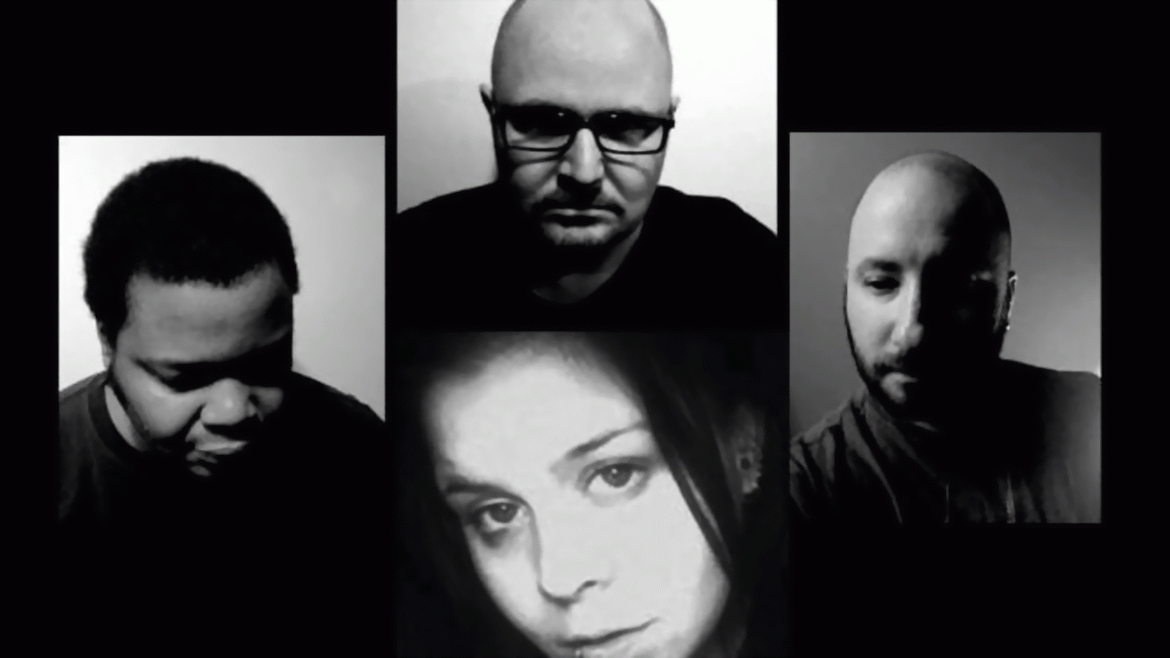 Retrogramme is a Washington DC-based electronic music act that has cultivated a strong underground buzz with their wide-range of sophisticated electronic styles and influences.

Rob Early, the principal synthesist and programmer, Nikk Allen, the primary songwriter, and Dmitry Pavlovsky, the lead vocalist weave IDM, synthpop, darkwave, and ambient sounds into their own distinctive style which is easily identifiable as Retrogramme.

Chad Collier, the creative mind behind the Washington D.C.-based EBM project Force Drift joins them for live performances as vocalist and keyboardist. Retrogramme have twice been featured on BBC6′s “Tom Robinson’s Introducing” series, and have been reviewed in several electronic/gothic/darkwave-based music magazines including ReGen, Side-Line and Dark Grave.

They are frequent remixers and have also contributed to various electronic music compilations including Electronic Saviors II and Synth Scene. Their music is currently streaming on several web radio stations including EBM-Radio.com and GothWave.net.

The antecedent album For Our Dearly Departed of 2012 is still considerated as an object of cult, but the new double full-length “Feed” promises to go further. The band’s style is a unique, multiform and sophisticated blend of synthpop, IDM, and darkwave, created through asymmetrical or linear rhythms, alienating consonances and sound abstractions that make Retrogramme one of the most important institutions of their music genre.

The new title track enumerates twenty-four songs divided into two separate volumes: each of them is hyper saturated with original sonorities that will drag you into a vortex of dance. The elements to solicit your interest are all there: pulsing bass-lines of drum-programming, robotic or lithe musicality, fascinating and amazing vocalizations. Moreover, the second disk includes exclusively a fantastic series of remixes elaborated by Halo Effect, Framework, DrMOllE, Citizen 16, Bites, Echoknocks, PDR, Poject K-11, Deadliner, Atropine, TourdeForce and Red This Ever.