The Italian duo of Public Domain Resource return with their sophomore offering in the form of ‘Six Years’. Formed in 2012, their début album, last year’s ‘Dead Surface’, was a promising one that comprised of a complex mix of 80s synthpop with 90s ebm that was both dance-friendly and intelligent in its construction. The band’s second album looks to build on this base and establish their sound as the thinking man’s electronics.

The album follows a similar formula to their début with the primary influences taken from the synthpop and ebm of the 80s and 90s, though this time we see some classical flourishes, and some harder dance elements introduced.

Songs such as ‘Das Boot’, ‘Cold Lightning’, ‘Kill Rolf, Kill!’, ‘Our Widows’, ‘The Rift’, and ‘Bombs Instead Of Songs’ give the album enough dance appeal to see the band gain some ground in the club scene. While the likes of ‘White Cloud’, ‘Warm Frost’, ‘The Sergeant And The Snow’, ‘Irish Soldier’ and ‘The Breath – Kyoshi’s Return To Hiroshima’ add a more complex and enticing listening experience that will play well live as well as for more intimate consumption.

The production once again is strong and not your typical dance style. It’s still polished and well mixed, but the rhythms and vocals are not always the most prominent which gives the album a much more personal feel. The vocals may still sound a little too low in the mix in a few places though, which is a shame as this can occasionally dull their impact, but with an album that demands you actively listen to it this isn’t a huge bone of contention.

The band build on the promise of their début effectively by keeping their interesting use of the sometimes jarring beats mixed with the highly addictive melodies front and centre to their sound and subtly continuing to expand their palette at the same time. The duo are great song writers and have grown more accessible in their style with this release. Hopefully this trend will continue onto album number three and see the name of the band gain more traction. 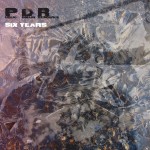