There’s something in the water over at Space Race Records.

No, seriously. Earlier this year, I reviewed Public Domain Resource’s American labelmates, Retrogramme, and noted how that band had surprised me with a wonderful album.

And now, here come the Italians. Pietro Oliveri founded PDR in 2012, joined by Ugo Crescini in March 2013. The duo have released a previous album, Dead Surface, that same year, and have managed to follow up with another album that focuses on their commitment to intelligent dance music.

While Six Years will never be a club classic, it’s not necessarily intended to be one, either. The album isn’t necessarily set in the ’80s or ’90s synthpop rhythms, but rather finds itself to be complex with the addition of EBM and some lighter touches, as well. If this album was a baked good, it’d be Death By Chocolate: deceivingly simple, but so much more lies underneath. (I’m a baker, I use baking metaphors, get over it.)

Stand out songs like “Das Boot,” “Cold Lightning,” and “Our Widows” had me dancing around my kitchen. There’s a certain joy in moving in stereo, and even quieter, more introspective songs like “Warm Frost” and “The Breath – Kyoshi’s Return to Hiroshima” bring a brilliance to your ears that leaves you contemplating.

If I have any bones of contention to pick on this album, it’s only that the mix gets a little weak at times. Volumes drop, rhythms fade, but overall, it’s a great album built on structure. For a sophomore attempt, PDR definitely checks off all the must haves, and their growth as songwriters is noticeable from the debut album (if one were in fact to seek it out, as I did).

I strongly recommend this one, kids. If nothing else, you’ll be adding a solid album to your collection. 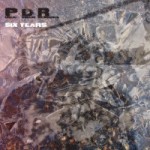