Usually, when we think about post-industrial mexican music, the first artists we think about are Hocico and Amduscia, ignoring the fact that who is in the underground, emerging on an important label such as Space Race Records, twin label of the more than just well-known italian-based EKP records, can often hide precious gems, like this album.

Para Normal publish their sophomore album with a not really particular original approach, but very well made, and the result is very good, considering the status in which melodic EBM music is today here in Italy. The cold room is an album that perfectly merges together different elements: new generation EBM with post-y2k lyrics, melodic taste inspired by modern synth pop and electro- dancefloor attitude, in fact the dancefloor is what Rodlek Konde, Mario Monk and Egresth Crs are interested the most into. Their influences are several: on the one hand there’s the singing style of an imaginary cybernetic version of Dave Gahan, while on the other hand there are atmospheres and sounds, particularly listenable in the long intro “Cold Spot”  that recall certain crystalline landscapes vaguely electro-industrial common to the most known works made by X Marks The Pedwalk and, above all, by Leather Strip (that here is responsible for the mixing and the mastering, and his modern sign can be hugely listenable), but there are also present influences of their label mates, such as Halo Effect, to name one of them, above all in a song as Ghost radio, that invites the listener to enter into a new sensory experience by means of their music.

They aren’t only melodic and rock-like. Para Normal demonstrate, into an episode such as “Tears Of Stone” to have good keyboard skills that astonishingly break up with the constant and rock-like 4/4 common to loads of projects of their genre, and, in “The Haunted” to be able to play with cold horror atmospheres interpreted into an electro mood, maybe not particularly original, but, however, good. Even the sampling, although sometimes not so personal and dependent on the development of the single songs and on the leading vocal lines, it’s an element that has to be considered.

Trying new ways, an artist such as Leather Strip has, without any doubts, helped to make emerge a project with very good ideas and a good melodic and catchy strenght, but what really distinguishes The Cold Room’s Para Normal from the sound of their mates, belonging to the same label or not, is the kindness and the search for the particular pause, the dynamism of certain solutions and a general harder musical approach, substantial and obscure, than their Dave Gahan’s best times direct influence. The Cold Room won’t be considered a masterpiece, but it’s impossible to negate that it’s an enjoyable album that will be played on the alternative dancefloors, without, for this reason, being a club-machine that hasn’t its own personality. 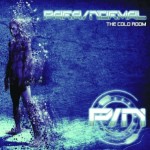