Nine Seconds are ex-Sleepwalk-singer Oliver Spring and the No Comment founders Rene Ebner and Thomas Kowa.

The synergy between these protagonists generates high-graded electro/synthpop emissions that found their structures on the enthralling and obscure vitality created by the variable drum-programming scans and poisonous vocals: the techno-sound that comes out from the equipment surpasses each stop line capturing gradually the listening by cold and obsessive percussive sequences, synthetic manipulations and danceable rhythms.

Highlights of the CD Poladroids are the single ‘Irresolution’, the club-approved ‘Burn Superstar Burn’ and a cover-version of the 80’s classic ‘Living on video’. Friends of hard Synthpop will put ‘Girl panic’ and ‘Homesick robot’ on Rotation, while ‘Redeem your vision’, ‘Heal my hurts’ and ‘Mission accomplished’ satisfies modern EBM listeners.

After the amazing success achieved in 2013 by their debut-album “Poladroids”, the band returns with a new relase entitled “Nothing To Confess” that shows an incredibly energetic tracklist, making minutes after minutes of electronic pleasure. The sound rhythmically expands a combination of EBM scans with slight synt hpopish nuances whose union generates a succession of episodes enhanced by dynamic drum-programming super-lines, by capturing emissions of keyboards and by the sinergy between sharp-voice + lyrics acidly proclaimed by Oliver, all this in a tracklist specia lly planned to get an irresistible danceability.

“Nothing To Confess” is pure techno-force and a sonic document of fundamental interest that will establish an immediate feeling with all the people from the alternative electronic Planet whom they will incr ease their admiration for this project. Among the thirteen songs of the title-track they stand three creations played by Nine Seconds respectively in collaboration with Cryo, Mind.In.A.Box and Leæther Strip, which add further value to this wonderful full -length that will impose you the peremptory order of “non-stop dancing!”. 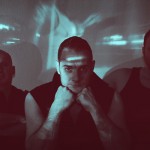 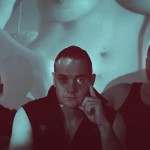 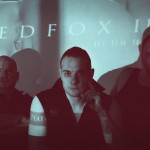