Lost Reality is an Italian project that officially has been active since 1996. Since then, however, there has been a huge change in sound, lots of appearances in various places, including on television, and compilations. Now, however, they are on the Space Race Records label, putting out their third album, Fleeting Awareness.

Ten tracks spanning a total of forty five minutes await you on this journey. Smooth sounding electronics an rock combine to push out a fairly delightful album. The immediate presence of the first song, “On the moon”, testifies to this, and adds in a flair of ambiance right behind the guitar driven tunes. However, that’s not all this band is good for; “What remains” allows a digital backing vocal to accompany the lead singer, while piano work and slight electronic beats support him. It sort of follows the same structure as the first song, from quiet verses to heavier choruses. But, it’s nice nonetheless.

“Don’t move” mixes more electronics in than anything, while “Unknown” slowly builds from a minimal sounding song to an epic soundtrack sounding track. Drums play a key role in establishing that tone. “If you want to change” chases straight into club territory with a fun beat, and the ambient structure one again proves to be grand within “7p.m.”. The final minute, however, drives straight down into an amalgamation of various sound mashed together.

“Lightless Box” shoots straight back into that rock inspired dance territory, and “Among the stars” sort of flows into that half quiet, slow moving sound to half atmospheric rock sound. With the final two songs, I really didn’t get presented anything new, but it was still nice to get through. Especially the final, and title song, which gave out one last cinematic score to end off the album.

Good sound, great production values, and I can see why this band has been round since 1996 and has garnered a following. Certainly grand in all scales, with few setbacks, this album it quite fantastic. I wouldn’t rank it among my favorites, but this shall stay on my playlist for some time. Give it a shot; some of you might find this a lot more appealing. 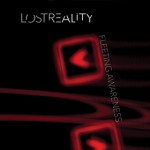