If something tells us please about your last work…

It’s our third and the most mature longplay. It took us few years to finish it. At the time we’ve composed much more than 12 songs. However, we wanted to share something extraordinary with our audience and decided to release just those songs, we are really proud of.

Working on “Invictus”, we decided for the first time to invite other musicians to join us, bringing in different vibes and their unique styles. Our goal was to make the music more diverse and unpredictable. This album includes so many inspirations – from Ladytron to Laibach and from Alice in Chains to …., yet it remains harmonious and consistent.

Is there a central song which indicates the basic ideas of the album Exemplarily?

We became mature people, who have a certain amount of experience behind them. We’re grown enough to be individual and independent, taking the responsibility for our own decisions. Album takes the title from one of the songs – “Invictus” with lyrics by William Ernest Henley. With the repeating refrain I am the master of my faith, I am the captain of my soul, this song is for us especially meaningful.

Does the choice of the lyrical backgrounds run off with you still in complete stylistic freedom?

We describe our feelings with music. Dealing with lyrics is sometimes difficult for us. Therefore, we let our favourite poets speak for us. The poems we choose can be interpreted in many various ways. Our listeners are free to find their own sense of each song, to reinterpret and even to misinterpret them.

How does the selection procedure run off with you for a new CD or a song?

As we previously said, this record is a selection of the best songs we’ve composed lately. From several dozens of songs, drafts and demos, we’ve chosen just 12 compositions that satisfy us.

Making a song from a scratch may take us as short as few days or as long as several years. We usually start from playing for fun and exchanging ideas. When an idea becomes a song, we improve it and “polish” the final version. And sometimes we reject the song, that is almost finished, just because we don’t feel it’s good enough.

What puts out your typical sound and how he has changed about the years away?

Having started more than 10 years ago, we wanted to create a hybrid of Suicide Commando and Sisters of Mercy. Luckily we failed. During those years, we’ve learned a lot about music and profounded our inspirations. Honestly speaking, we don’t listen that much dark electro or gothic music any more. It’s an amazing experience, to collect various inspirations and merge them in our one, monstergod-like style. Among the most important influences that can be heard on the “Invictus” are Bauhaus, Front Line Assembly, Kraftwerk, Laibach, Ladytron, Alice in Chains, Nick Cave or Chemical Brothers.

How do you fancy the form of future publications?

Form of publication is not important for us. We don’t earn money on our albums – each one has a successful professional life outside the music business. Music is something we want to share with our friends. And we’re really glad that our music inspires sometimes listeners from all over the world. Therefore, we are happy to share our songs on Spotify, Deezer, Apple Music or Tidal. On the other hand, there’s always a group of people, who simply prefer to have a high quality CD. Recently, we’ve been also thinking about preparing something special and releasing several songs on vinyl.

Does the last CD be given in the original version of the admissions, or have you gone once more about that to smooth passages with which critics could speak later of a „squalid sound“ or „not perfect song“?

It’s amazing, if someone likes the album. But it’s not mandatory. Music is for us just a way to express our emotions and simply having fun in a creative way. People may like it or not. And if the criticism is productive – we listen to it carefully. Maybe it’s an opportunity to learn something new.

Were you confronted at any time with such a thing?

Not yet. But we don’t treat our music so seriously, to have any problems with the criticism.

How did you come on the cover and the title of the last album?

Title comes from William Ernest Henley’s poem. Cover is a collage created by our friend Mariusz Stelągowski. He used a stunning photo shoot by the Italian fashion photographer Alberto Buzzanca. Why do we choose this picture? It’s a combination of human and divine elements. Together they create a monster. At least, that’s our interpretation.

How do you see yourselves in comparison to your fans?

We know many of our fans in Europe as the gothic scene is quite hermetic. Since more than 10 years we see many familiar faces on our concerts. They are our great friends and supporters.

What concerns you at the moment mostly and the heart makes you difficult?

Well, each one of us has many responsibilities – job, family and never-ending to-do list. There’s not much time left for music, especially that Smola lives in Berlin and MIŁOSZ in Wrocław. Sometimes we’re simply tired. Luckily, our families and friends support our project.

With whom would like you to take to the road once or take up a CD?

As great fans of Ministry, we would definitely love to on tour with them. If we could dream big, we’d probably also point out Gojira.

What is to be expected as next from You?

We have a lot of plans, but don’t want to reveal them until we’re sure everything’s going to work out. We haven’t played live gigs together since a long time, therefore we’re focusing on preparing our set right now. In summer, we’re going to play two concerts in Poland. We’re especially excited to meet the public of Castle Party in Bolkow.

Can you describe to yourselves in 3 words? 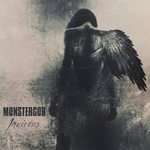